What a strange thing is conspiracy!

Its aura of mystery—often veering into the supernatural—makes it exciting for many people. Other people don’t even believe it exists, even though people are convicted of conspiracy all the time. How are these people any different from flat earthers (who may not really be conspiracy theorists)?

We know from experience that while there have been many conspiracies, few of them have been successful.
The Jewish fruit cake Sir Karl Popper

An army of propagandists work tirelessly to ridicule, discredit and even deny conspiracy, even as they manufacture bogus conspiracy theories.

How is it possible to know the truth?

Conspiracy is the handmaiden of corruption.
David W. Blomstrom

Of course, we can never know the whole truth, but we can cut through most of the bullshit with something as simple as rational thinking. Assuming your mind hasn’t been screwed up by propagandists (most of whom are conspirators), that is. 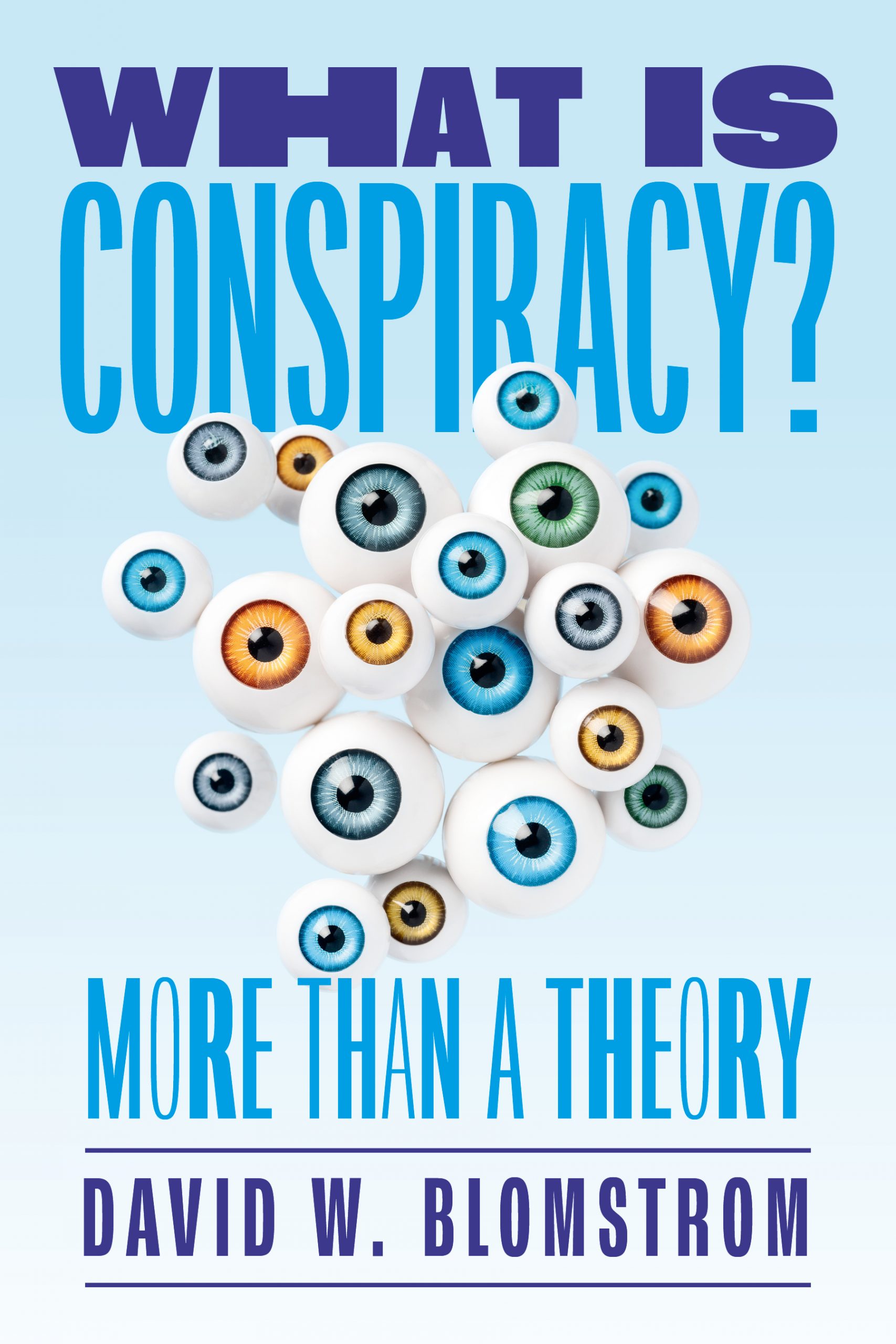 Like you, I was born into a maze of conspiracy that was invisible to me. It became more tangible when I enlisted in the U.S. Navy, when I later went to work for the infamously corrupt Seattle School District, and when I transformed into a political activist. Indeed, I’ve been at the center of some rather amazing conspiracies, and I even plotted my own conspiracy, which was wildly successful.

I’m now working on what I believe is the best book about conspiracy ever written, a virtual conspiracy bible. A portion of that book has already been published as What Is Conspiracy?: More Than a Theory. Some people may find these books, which are more nuts-and-bolts than true crime story or occult, a little boring. But they are an essential foundation for understanding conspiracy and conspiracy theory.

In the meantime, rumor has it that I’m working on another book that will overwhelm you with mystery, criminal investigation, and the supernatural. Stay tuned.